This week we catch up with the Bike for Good Baja Divide Ride Border Angels Fundraiser group, type 2 fun, all the way!

The Stuff We Talked About

Headlines
Where’s the Beef?
As electric vehicles become more popular, a growing number of detractors have come out of the woodwork to express their anti-electric car views. While most just simply turn to social media to voice their opinions, there are a few out there who have taken a more hands-on approach.
https://futurism.com/the-byte/vandals-are-stuffing-meat-into-electric-vehicle-charging-stations

New Weekend Transit Service to Dog Mountain
Portlanders, Gorge visitors, and Gorge residents can now catch public transportation to the popular Dog Mountain hiking trail near Bingen, Washington—and get their required permit in the process. Transit options are available from both Portland and Hood River on the Columbia Gorge Express. Riders transfer to the Dog Mountain Shuttle in Cascade Locks, Oregon.
https://www.ridecatbus.org/pressroom/news/public-transit-option-now-available-to-columbia-gorge-dog-mountain-trail-permit-included/ 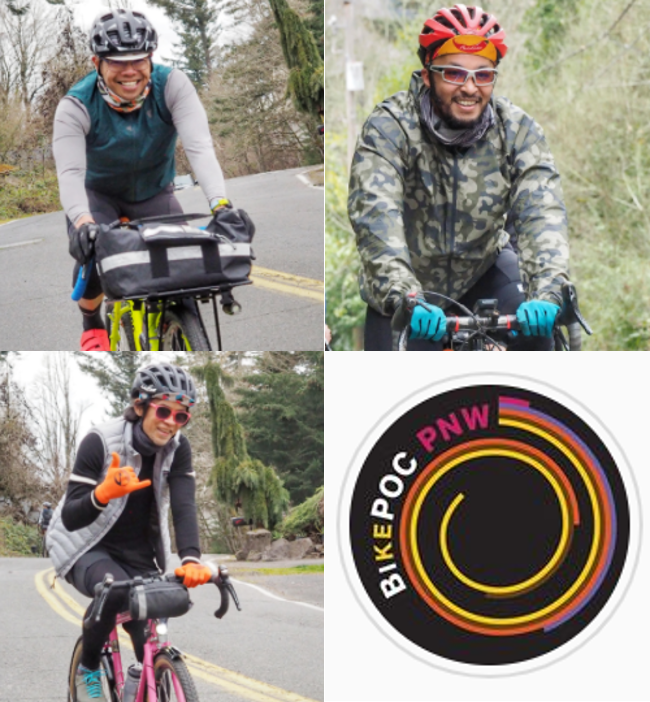 This week we catch up with the folks @BikePOCPNW, Will Cortez, Sukho Viboolsittiseri, and Silas Sanderson about their experiences in the Portland and PNW cycling community.

No headlines this week.

No events this week. 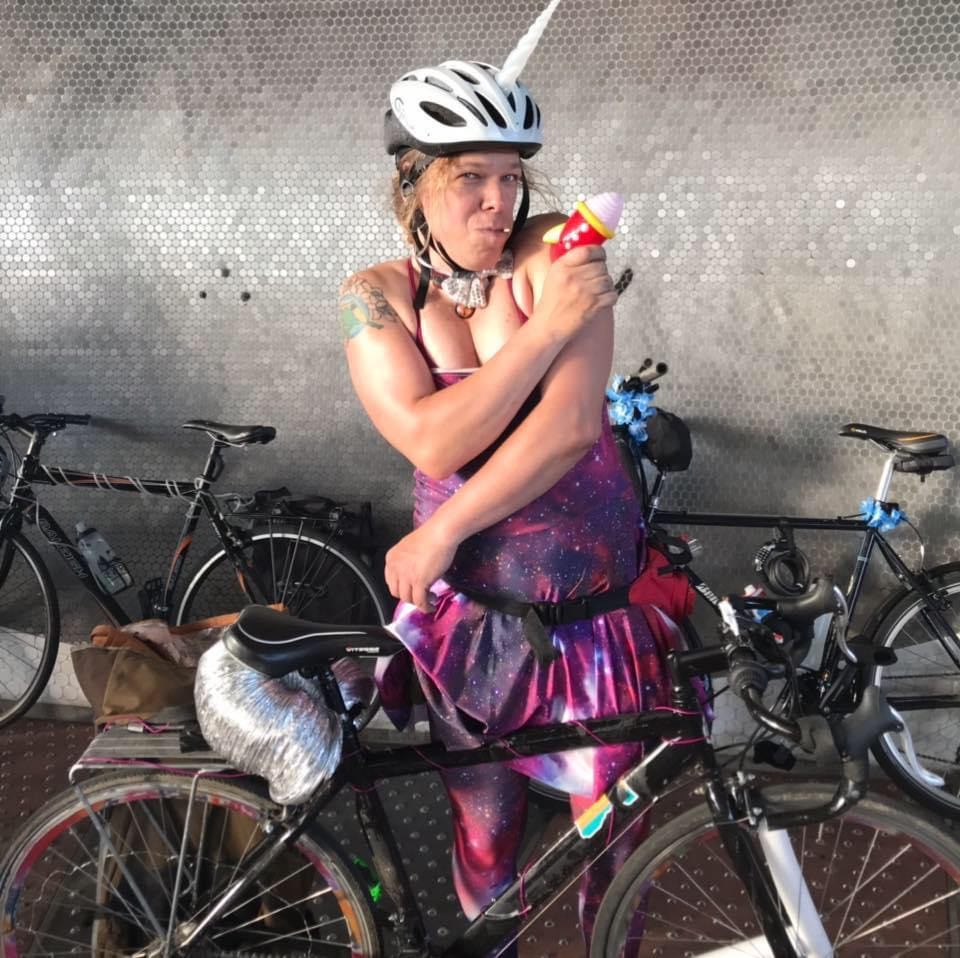 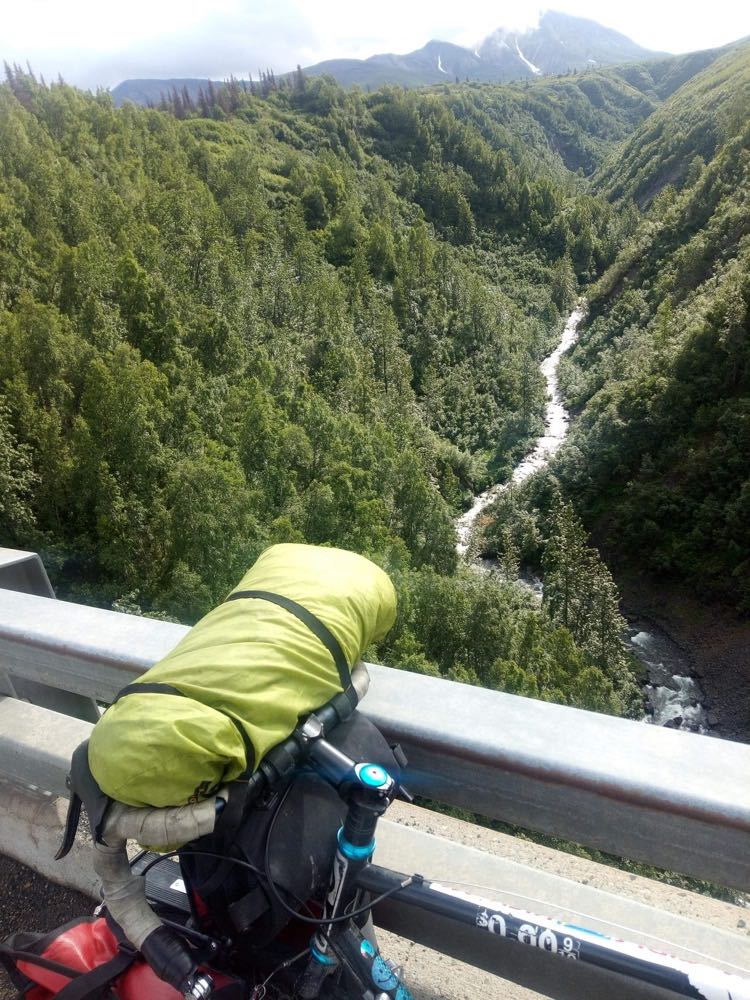 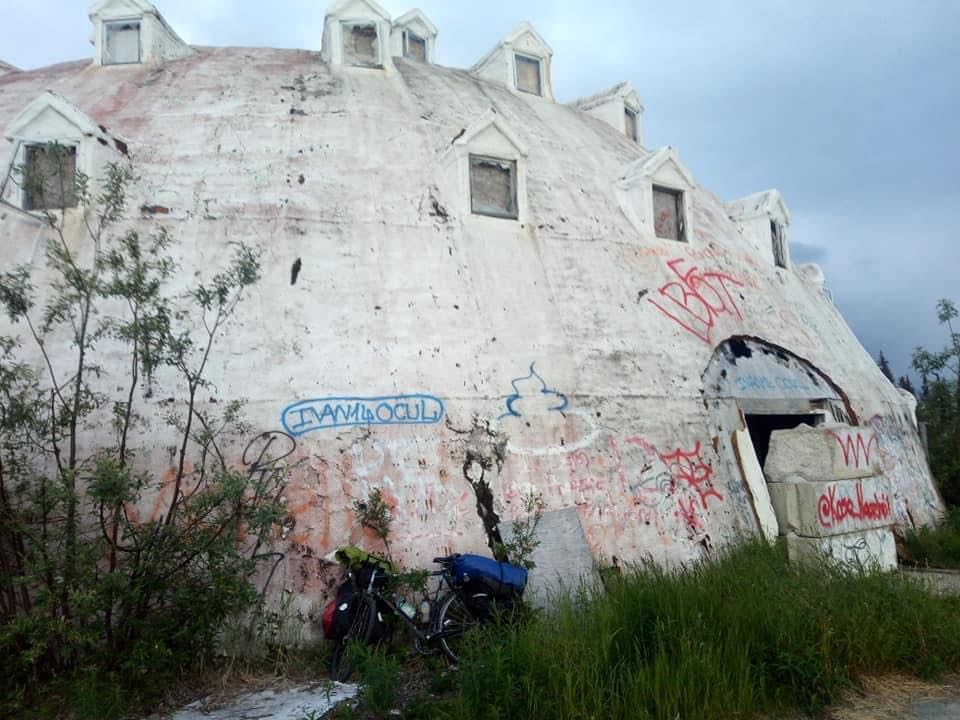 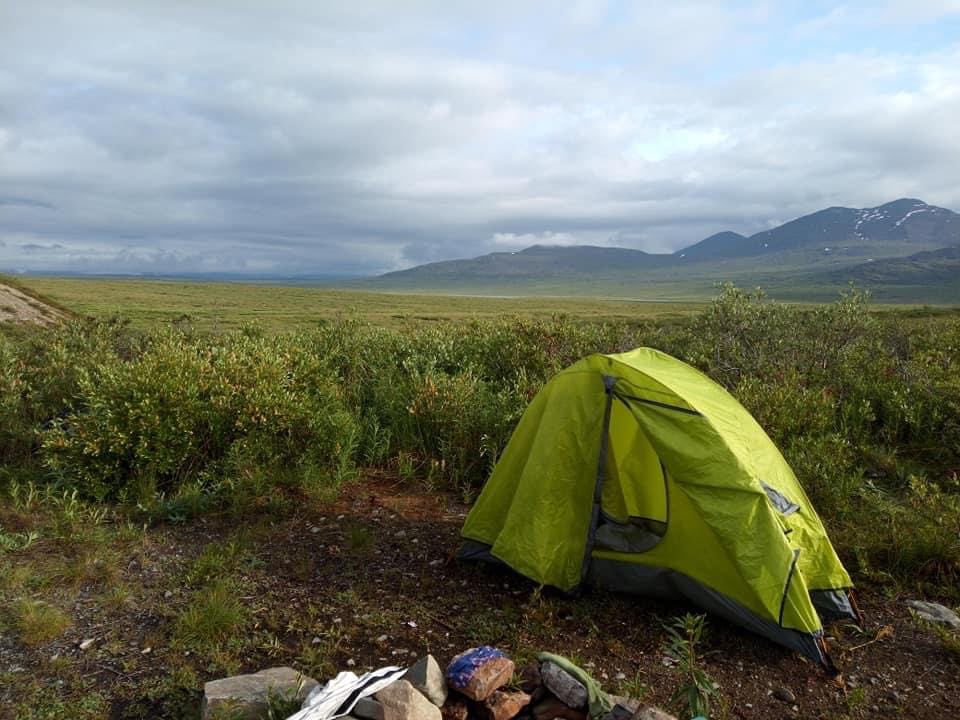 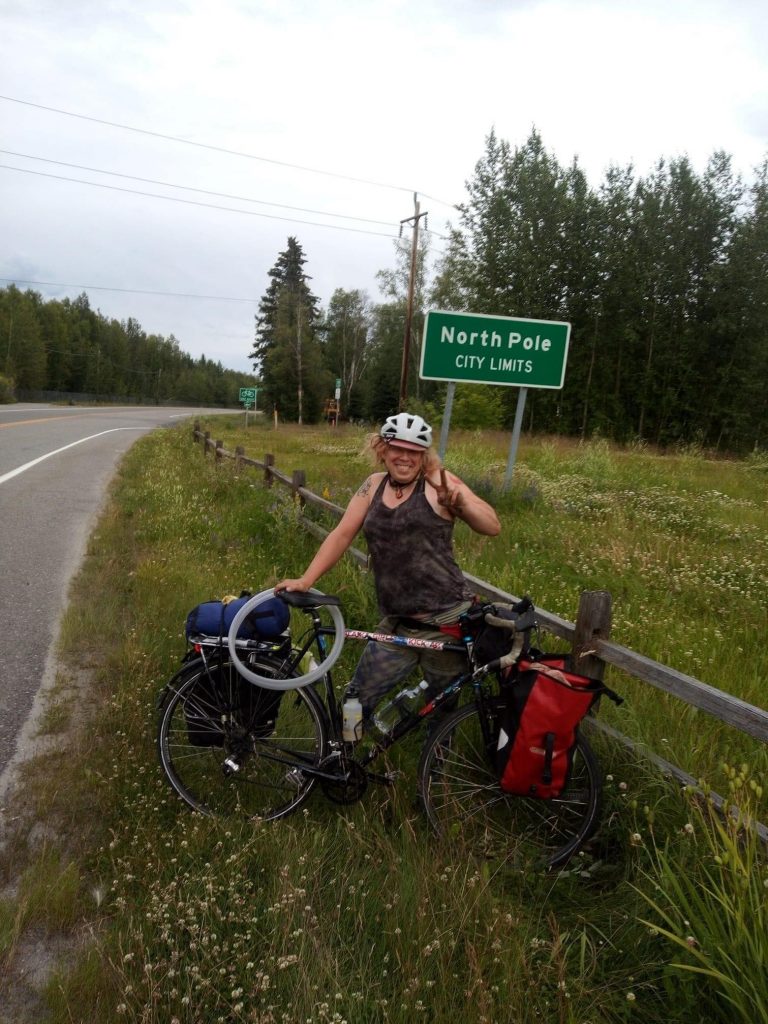 This week we catch up with Polly Bledsoe, bikepacker, polar bear dodger, and pdx ride extraordinaire!

Keep up with the rides in Portland at pdxunityride

What’s a microaggression? (link)
Off The Chain Anchorage
Momoko Saunders

HEADLINES
All Bodies on Bikes

“Kailey Kornhauser and Marley Blonsky are on a mission – a mission to change the idea that people in larger bodies can’t ride bikes. The duo aims to make cycling more inclusive, beyond just inviting people of all sizes to ride bikes, but by changing the entire idea of what it means to be a cyclist — not just on screens, but on trails and in people’s minds.” This is a new short film from Shimano.

Biking for Big People Webinar, April 13 & April 22, 5:30pm PT, led by Marley and Kailey, covers issues of concern to bigger folks on bikes, including gear like types of bikes that work for larger bodies, seat choice, and clothing, and has practical tips for shopping at bike shops, shifting, gears, building endurance, bike fit, pain while riding, and much more.

Would also be great for folks who lead bike clubs and groups, to think about making your events inclusive to a range of folks. 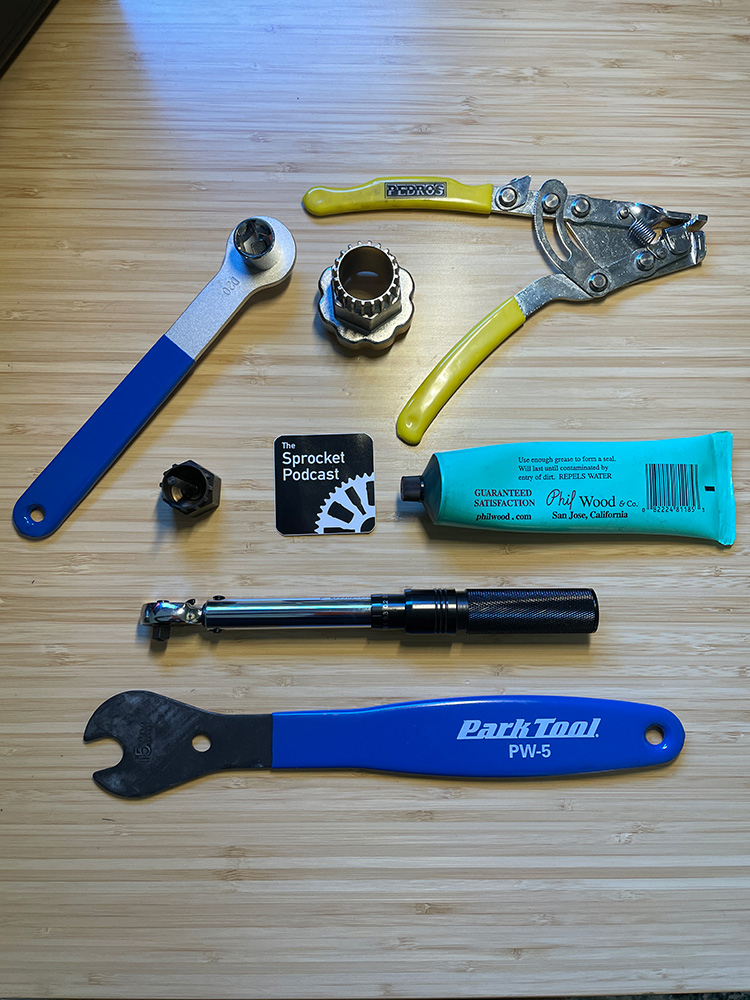 Tools! Outside house tools, inside house tools – everything inbetween.
In this episode we cover our approaches to home and on the road mechanicking, as well as wisdom and advice hard won over the years. Whether novice, apprehensive, or a complete expert we think this episode will have a lot for everyone!

No headlines this week 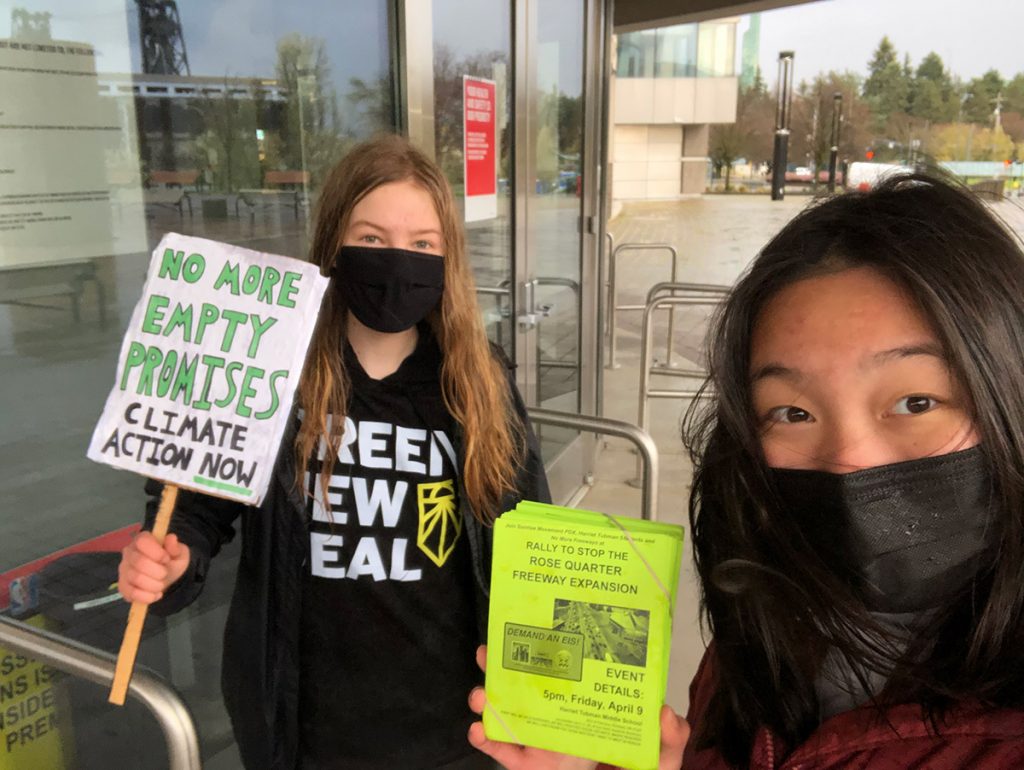 We take a moment to chat with Adah and Malina, former Harriet Tubman students, and youth leaders and activists at Grant HS about the ODOT Freeway widening, and life in general.

From the Times of London, a report on new research that showed that “closing roads around schools to traffic at pick-up and drop-off times has cut toxic nitrogen dioxide levels by up to 23 per cent” after pollution sensors were installed at 18 primary schools in London, and then streets were closed right around the school at half. (Then we hit the paywall.)

What Happened to Pickup Trucks?

“As U.S. drivers buy more full-size and heavy-duty pickups, these vehicles have transformed from no-frills workhorses into angry giants. And pedestrians are paying the price.” By pedestrian safety expert Angie Schmitt, in Bloomberg City Lab. A great overview of the change in truck design. Also mentions the concept of petro-masculinity, which I talked about a few months ago.

Less traffic, more death: A bizarre 2020 should make us rethink our transportation priorities

Thanks to new data from the Federal Highway Administration, we now know just how many cars vanished from the roads. Americans drove 13.2 percent fewer miles in 2020 than the year before. On average, Americans drove less last year than in any year since 1989…

Even as the number of miles traveled on American roads fell in 2020, the number of traffic deaths rose by 8% – to more than 42,000, with an estimated 4.8 million injuries requiring attention from a medical professional. The estimated cost of all those deaths, injuries and property damage from crashes: $474 billion. 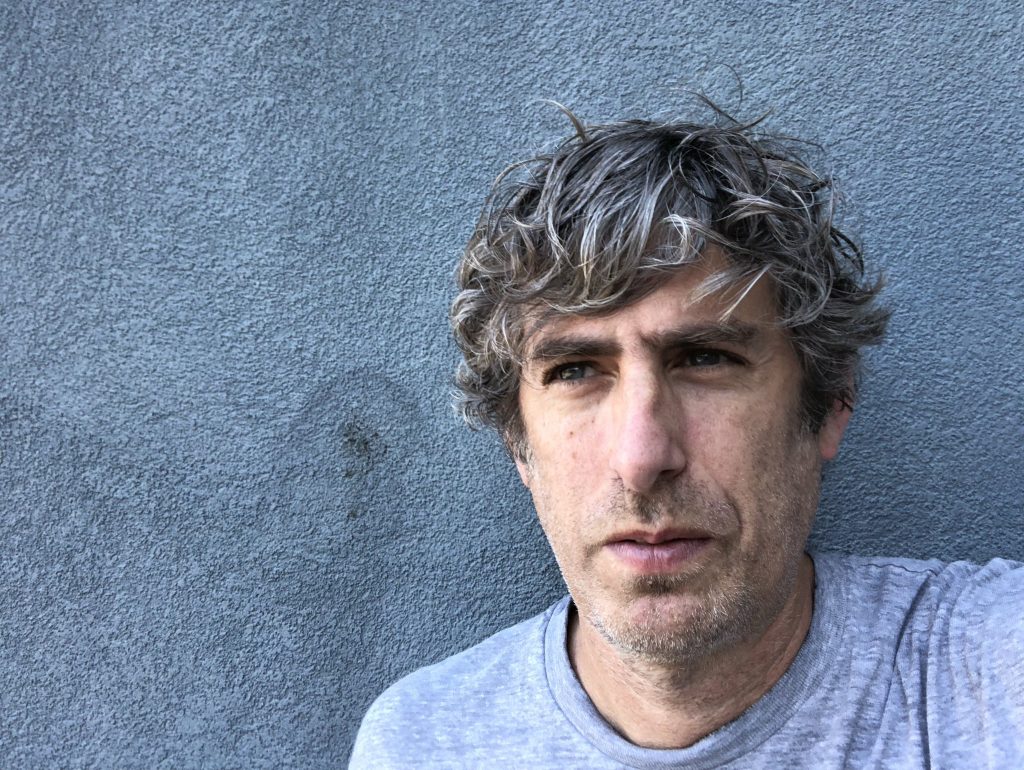 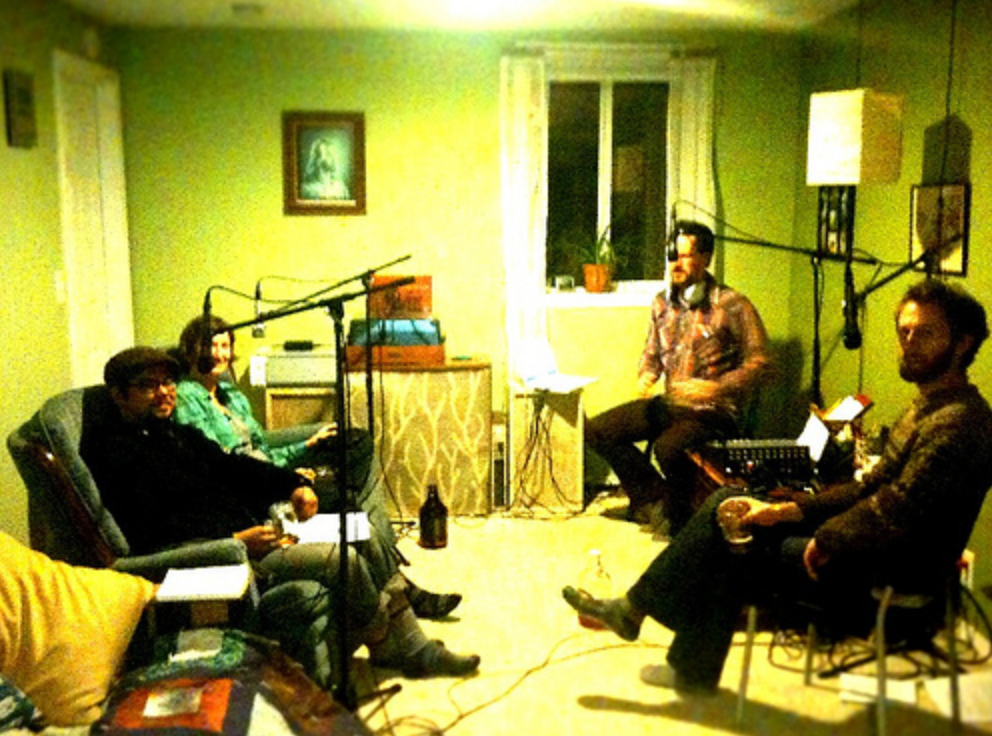 We take a moment to mark the transition of Brock out of his role of co-co-co-co-co-host, making time for the young ones and living the good life. In retrospect, it’s been an amazing 10 years and we look forward to his occasional appearance from The Attic(TM) studio as he sees fit. 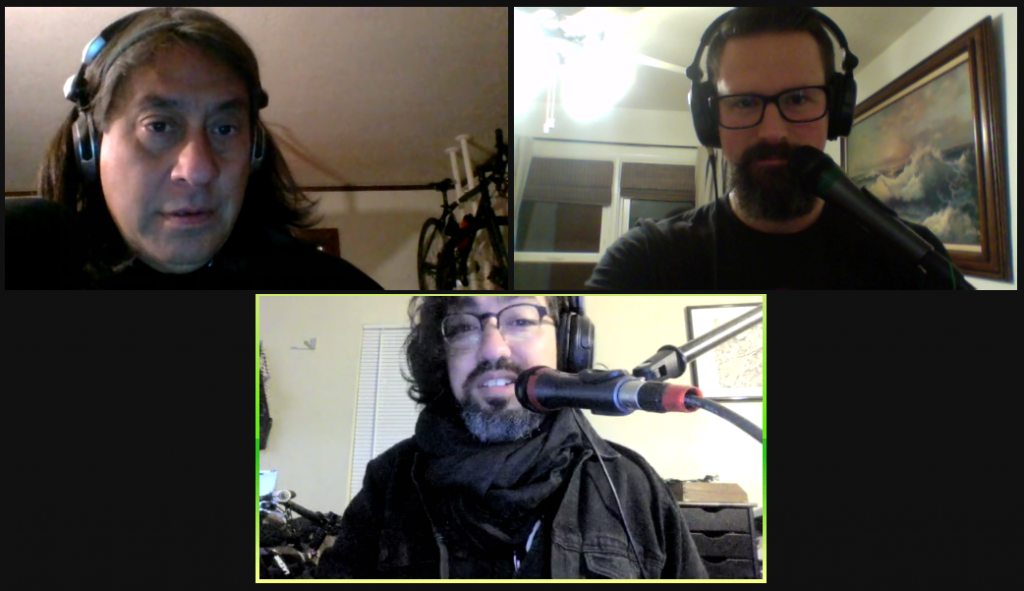 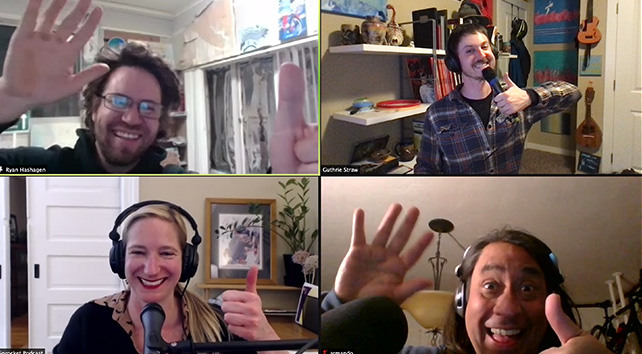 We take a moment to catch up a year in 10 minutes, and then talk about the next 10 years to come. Join us as we learn about #boatmonth2020, proper hitchhiking etiquette, and how magic can happen when you put trikes, builders, and great ideas together. (Book Bikes anyone?)

Bay Area Begins to Roll Out E-Bike Incentives Under Clean Cars 4 All
From Streetsblog CAL: “Clean Cars For All is a California program that offers incentives to low-income people to surrender their older, polluting vehicles by helping them buy a clean electric vehicle. Transit passes were added as a “mobility option,” as well, and so were e-bikes and bike-share memberships. … The e-bike grants are for $7,500 and can be put towards one or more e-bikes plus necessary bike accessories, with any remainder used for transit passes in the Bay Area’s pilot program. Participants have to qualify by both income (at or below 400 percent of the current Federal Poverty Level) and residence (they must live within a zip code that has been defined as a Disadvantaged Community).”

Culver City Council approves 1.3 miles of bus and bike lanes
Via Urbanize Los Angeles: “The mobility lanes – which will be available for use by cyclists, scooter riders, emergency vehicles, and buses – will repurpose existing right-of-way along Washington and Culver Boulevards, linking Downtown Culver City with Culver City Station and the Arts District.” Found via BikePortland, who asks if we should starting calling these lanes “mobility lanes.” Today we talk with Kiel Johnson (founder of Go By Bike, North America’s largest bike valet) about his involvement with Cully Green,

As always, thanks to our nationally recognized “top beer bar in Oregon” beverage sponsor, The Beer Mongers on SE12th and Division, now open for more than 4,000 days consecutively. They have a patio outside the place and, if you’re lucky, you might be able to catch some sports with sound.  The big stick remains indoor on the ceiling.

Aaron pops in after another obligation and discusses some important matters with Brock & Armando. 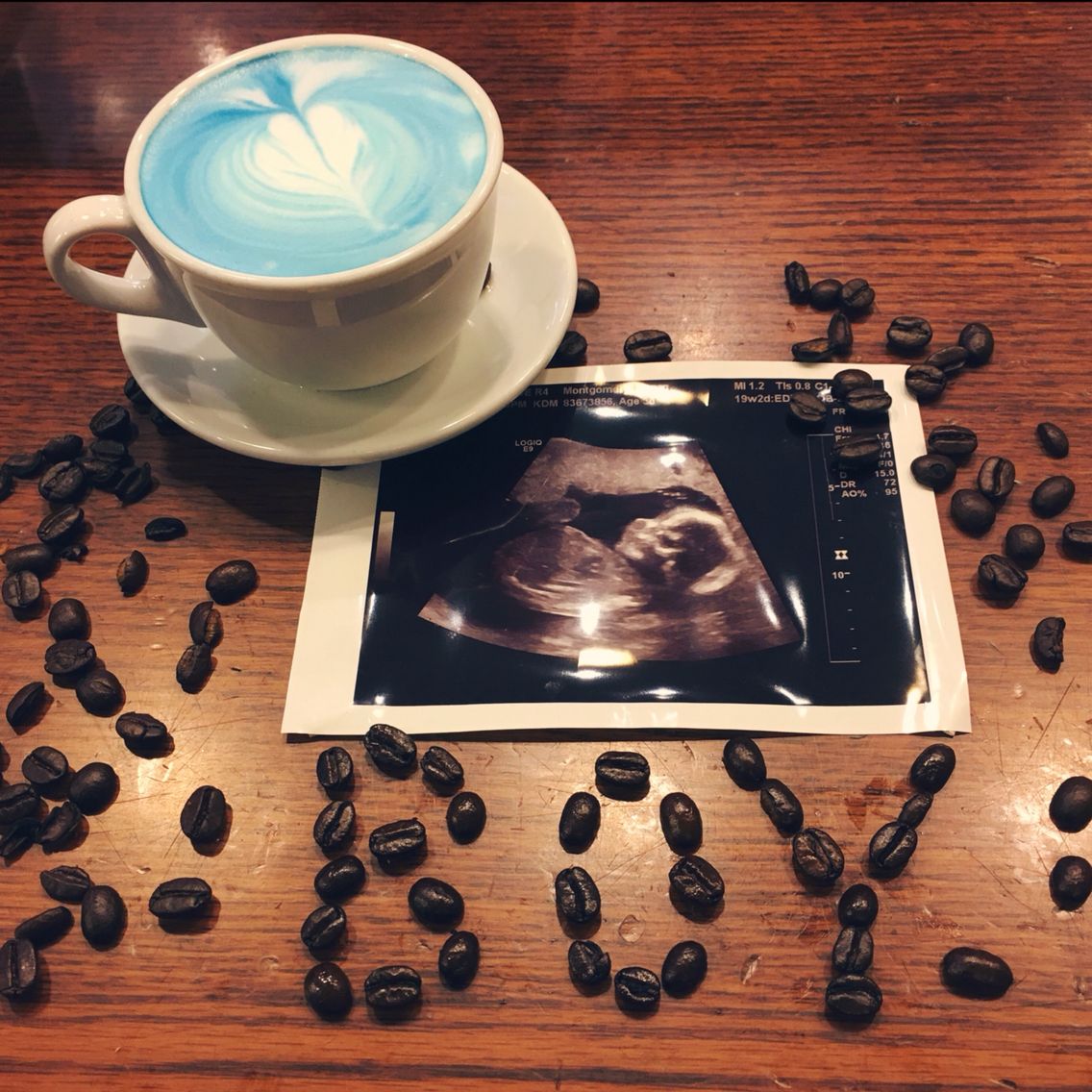